“I would hope, as I said before, that all of that pride that people feel in Oakland and all of  the new people that are moving to this area, that they really start to put pressure on the political figures to make positive changes with a lot of the problems that I mentioned. So that not only Oakland maintains the diversity that’s here, but that people can actually afford to live here no matter what your salary is, whether you’re in tech or whether you’re a teacher.”

Your name and age.

My name is Deborah Zierten and I am 42 years old.

What neighborhood of Oakland are you from or would you say you associate with growing up with?

Well, interestingly, when I grew up, I don’t feel like Oakland had specific neighborhoods. There was the hills or maybe the flats, but not like we have today. But currently this is, I would think Lincoln Heights. I think that’s what it’s called. I don’t know if I associate myself with Lincoln Heights, but that’s where this is where I grew up.

I think this was a great neighborhood to live in. It definitely, I think from an outside perspective, there were times where it wasn’t safe. Like I remember when I was younger, my dad going for a walk and getting held up at knife point. I mean he didn’t have anything on him, but you know, he was just walking around. And people’s houses sometimes got broken into. My parents house got broken into at one point, but as a kid, I wasn’t totally aware of all of that. I remember having lemonade stands and going around the corner and playing with the neighborhood kids and riding bikes. From my perspective it was a safe place to hang out. We were able to go outside and like I said, now I think it’s great. In the fact that it still is a little bit affordable and it still is safe. So a lot of younger families are able to move into this area. There’s quite a mix of generations that are here, it’s a good neighborhood to be in.

They moved to Oakland about 43 years ago, my parents lived out of the country for a while. They lived in South America and then they came back to the United States and lived in San Francisco because that’s where my grandparents lived and then they moved to Alameda and they worked there for a while and then decided to move to Oakland, I think because they found a house that was affordable in this area.

What kind of work were they doing Alameda?

My mom was a nurse and my dad worked for the county, Alameda County.

What does it mean to you to be an Oakland native?

Well, I definitely feel pride in being an Oakland native and maybe part of that is because growing up I feel like Oakland got such a bad rap. I remember so many times Oakland was just not the place that people wanted to come to.  I don’t know if it makes me feel like a little more tough or just the fact that even though I didn’t grow up necessarily in a neighborhood that was super dangerous, just the fact that I came from somewhere that a lot of people didn’t want to come to. And now it’s a little bit weird because now so many people want to live in Oakland and want to feel like they’re a part of Oakland. And so there’s a tiny bit of me that’s like, yeah. But I was born and raised in Oakland. Kaiser, Oakland and so yeah I love being able to say I’m from Oakland. 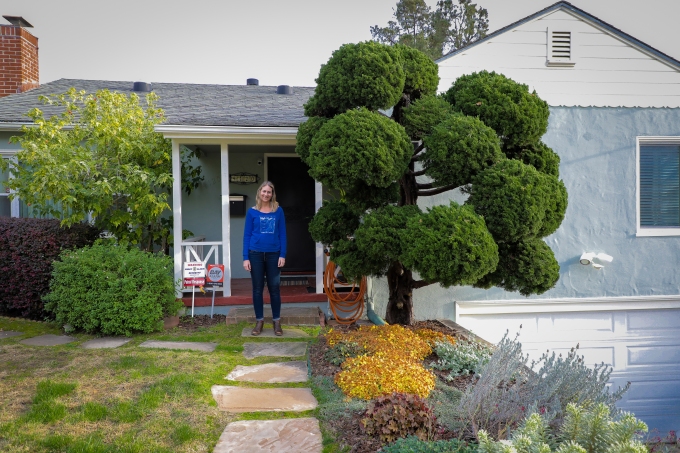 What do you think makes Oakland special in comparison to other cities of similar size, stature and history?

Well, I think there’s a lot of stuff that’s amazing about Oakland. One, the diversity that’s here, cultural diversity, racial diversity, environmental diversity. Just the fact that you can go up into the hills and go hiking with your dogs but then there’s also the waterfront where you can go hang out near Jack London square, people can go sailing and so all within a small area. It’s starting to get a lot of the amazing qualities of a bigger city like San Francisco where the food is getting better in downtown with all the bars and the nightlife is getting better, but it still doesn’t feel quite as as big and intense as San Francisco would be. I think a lot of that diversity  is huge.

Why do you think so many people want to move to a Oakland now?

I think there’s a combination of things. I think it’s more affordable, supposedly then San Francisco. People, especially young people are coming to move to this area. And like I said, it’s, it’s starting to have all of the same things San Francisco had with the food and the nightlife. When I was growing up, you only went downtown to go to Sears and that was it. There was nothing down there.  I graduated in the paramount theater, but that’s about it. And so now that is the place where there’s bars and there’s nightlife and there’s the climbing gym and it has just a lot of that. I think people also like the diversity that’s there, that they like to be able to be in a neighborhood where you can walk and go to Chinatown or you can see a diversity of people both young and old and different cultures and races.  I’m sure that Athletics have something to do with that,  people following the Warriors because they’ve been winning lately. I think people love the weather here on the west coast. So I think if you’re going to choose a place that is somewhat affordable, it seems like Oakland seems to be that place.

What would be some social values that you feel like embody Oakland?

I think people, especially people who have been here for a long time, have a lot of pride in Oakland and embrace the changes but also want to see some of those core things that have always been here stay here. I think one of the things that’s challenging is just what happens when a city gets bigger and all of those growing pains that happen with gentrification and like the homelessness. Maybe that goes back to your other question of what I would want people to know. I love Oakland, but it’s also not a perfect city. It’s definitely changing a lot. I think people should not come to Oakland thinking that they should live in their little bubble, I think they should recognize the fact that there arestill all of these issues, just like a bigger city. Maybe that’s one thing that we need is more people from Oakland to actually try to make those changes that need to happen the homelessness, garbage, the gentrification that’s happening in the rising prices of all of the houses. 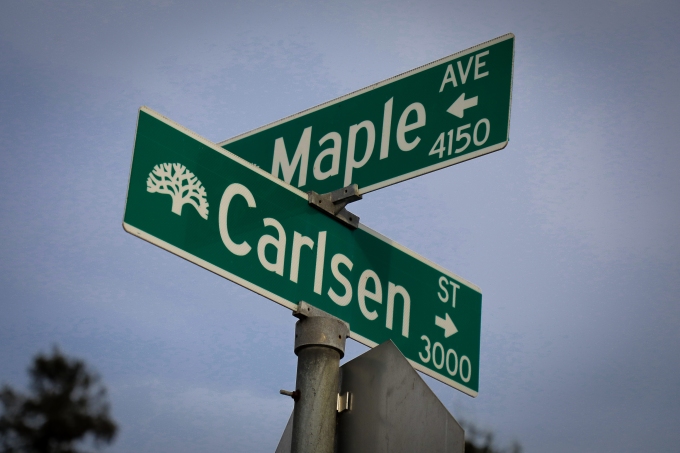 Are there any current changes in Oakland that you’re not too happy with? I mean, I think you kind of touched on some of them, but if you’d like to expand on anything.

I think a lot of people I think are moving to Oakland and in certain areas and they’re just like living in their little bubbles and maybe they come and work in Oakland and live somewhere else or maybe they are just living here, but not going out as much. I feel like they’re just not getting involved, not necessarily the politicalness that’s going on, but just all of the challenges. It’s amazing that Oakland has changed and so much has come to and it doesn’t have that negative reputation that it had when I was growing up. But it’s unfortunate. The homelessness is such a huge issue that I feel like it’s not being addressed, trash is a huge issue as well, especially in a lot of neighborhoods. And then  the housing is a huge issue. Just where I live within a few blocks, there are at least three or four huge apartment buildings that are going up. It’s already very crowded and trafficky. It’ll be interesting to see what happens is even more people come to Oakland and I’m worried that it may change the dynamic and why people like myself love it here,  it’s not going to be the same and I’m already feeling it doesn’t have the same feel, as it did before. Maybe that has to do with the fact that I have a family now and I’m looking at the city in a different Lens.

What are some new things happening in Oakland that you are excited about?

I don’t go out to the bars as much, but the fact that there are bars and even food,  I do like to go out to eat. So the fact that there is a lot of food here and the farmer’s markets. I love going to the farmer’s markets and that there’s more fresh produce. I love the fact that we’ve been able to maintain our open spaces with the East Bay parks and some of the  city parks because obviously I love hiking in those having a dog and having a child. And even before that, I would love to be able to go up there. So the fact that those have been maintained as a part of Oakland and that there’s more even down near Jack London Square, I’ve gone to the wine bars down there and they’re absolutely beautiful. It’s nice to feel like if I want to go out somewhere, I don’t have to travel to a different city that I can go out within my same city

What are your hopes and aspirations for the community of Oakland moving forward?

I would hope, as I said before, that all of that pride that people feel in Oakland and all of  the new people that are moving to this area, that they really start to put pressure on the political figures to make positive changes with a lot of the problems that I mentioned. So that not only Oakland maintains the diversity that’s here, but that people can actually afford to live here no matter what your salary is, whether you’re in tech or whether you’re a teacher. And that the homelessness is that is addressed and that people continue to have a pride for Oakland but also maintain the neighborhoods and have respect for each other and that it continues to be this great community. 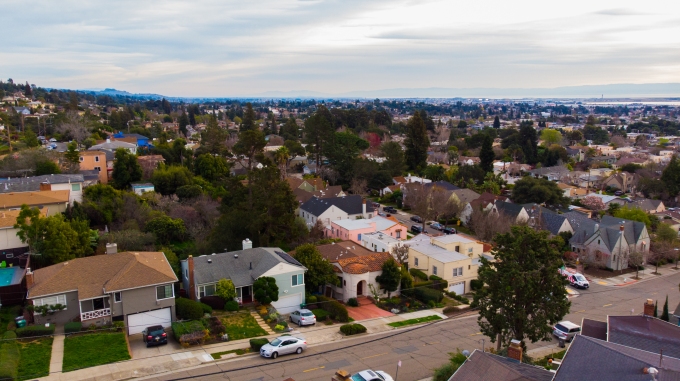